A research confirms that 62% global citizens use the internet on mobile devices. The increasing use of smartphones creating provisions for the users to invest quite some time on mobile applications. This inclination creates a demand for developing a great mobile app experience for the users. As a result, proper testing is vital before releasing it in the respective app stores to ensure the apps work seamlessly on both Android and iOS.

Testing mobile applications present their own set of challenges. It is proven that the manual test is a time-consuming process for the engineering teams as it takes a considerable amount of time to test each feature on so many different devices, operating systems, and versions. The mobile testing landscape is quite complex, and no company can afford to build a unique pattern to test all the mobile applications through the same process.

A number of automation testing tools is available in the market that supports developers to check the quality and effectiveness of the web and mobile software or hardware with in-detailed analysis. The automated testing software facilitates help to save times of the developers and also supports in reducing errors that occur due to human intervention.

A wide range of mobile automation tools is available and choosing the correct testing tool is imperative for the success of the project.

How to choose the right mobile automation tools?

1.One tool may not be sufficient enough to test different features of an application.

2.There should be a proper layout of the features before starting the testing process.

3.Keep in mind to ready backup tools in case a certain tool fails to complete the testing.

There was a time when only websites took care of the online presence of any company, but with the increasing use of mobiles, the use of the mobile application (app) has come into account. Currently, the app testers are mainly focusing on innovative ways to enhance the usability of the applications. The software testing ecosystem mostly caters two types of software testing, one for mobile, and the other for the website. Though due to current demand, the software developers are concentrating more on enhancing the quality and performance of the apps for mobiles.

There are a few factors which matter the most in automation tool testing. Though, it varies its functionality depending on the test running on different mobiles’ brands with unique configurations. Here we have tried to come up with a list that gives you a more straightforward approach to identify the factors to keep in mind while choosing testing tools for mobile app testing.

The compatibility test is a prominent part of the testing process. In the case of mobile application testing, the apps should be compatible with all kinds of operating systems versions and device screen resolutions, such as Android, iOS and macOS, and BlackBerry.

The testing process also needs to keep in mind different company configuration process and different hardware system., As a matter of fact, different mobile brands have specific limitations or uniqueness to manufacture devices. Various companies such as Sony, HTC, Samsung, Apple, Nokia, and others have their exclusive software and hardware configurations, and any good app should have the quality to be compatible with those.

The network performance for mobile applications is one of the vital parts of the testing process. One needs to test the application in all possible network abilities such as in 4G, 3G, Wi-Fi, and edge. The prevention checks are also part of the security concerns for its performance in a low or no network availability.

A number of factors matters for mobile automation testing tools, and cross testing compatibility is one of the vital factors. A mobile app needs to be compatible with several cross-testing, such as:

1. compatible across databases such as Oracle, SQL Server, etc.

3. compatible across different System Software such as web server and future updates and so on.

Adobe AIR has cookies but disabled by default, which creates iOS and Android apps cookies. But one can enable them through a property on the URL request. So mobile testing is entirely free from cookies related issues.

Deep links take the users of a mobile app directly to the specific location dedicated to the link. So, there is hardly any issue of the broken link for mobile automation, but to make those synced with website links adds some challenges for the developers.

The memory leaks and RAM consumption are the major setbacks of any mobile application, and thus the app size matters a lot. The software developers must be well aware of these facts and must take care of it for smooth app usability with a lighter version of the app, without occupying much memory or RAM consumption.

Scalability is an important factor as the number of app users can dramatically change any time. The exponential increase or decrease in the number of users can pressurize an app. Load testing can come up as a rescue at this situation, as it helps to decipher whether the app can scale when numerous users access it at the same time. Hence, it becomes apparent to test the mobile app for its scalability with increased and decreased user loads using Load testing.

Firebase Test Lab provides a cloud-based model to test Android apps. One can initiate testing of the app across a wide variety of devices and device configurations with just one operation. Test results, including logs, videos, and screenshots are made available in Firebase Console. Firebase Test Lab can check the app automatically, looking for crashes, even if one hasn’t written any test code for the app.

Nevercode integrates with Firebase Test Lab for native Android, which provides cloud-based infrastructure for testing Android apps. The key benefit is that one can efficiently test the app across various devices and device configurations, and one can also review relevant factors, such as screenshots and videos, from the Firebase console. It supports three test types, which are instrumentation test, game loop test and robot test.

Automated test execution is where this excels. Saucelabs supports any inbound calls that are webdriver compatible. Selenium is a prevalent library that follows webdriver protocol and so does Appium and many other libraries that are currently available.

Amazon Device Farm is a well-known app testing service that is used to test and interact with Android, iOS, and web apps on phones and tablets that are hosted by Amazon Web Services (AWS). There are mainly two ways to use Device Farm, one is the automated testing of apps using a variety of testing frameworks, and the other is through the remote access of devices onto which one can load, run and interact with apps in real-time. Device Farm allows to upload one’s own tests or supports built-in, script-free compatibility tests, as testing is performed in parallel, on multiple devices which begins at the same time. As tests are completed, a test report that contains high-level results, low-level logs, pixel-to-pixel screenshots, and performance data is updated.

Xamarin Test Cloud is a cloud-based service to provide an automated solution for UI Acceptance Testing of mobile apps. With Xamarin Test Cloud, one can test the mobile apps on a variety of different devices and take advantage of detailed reports. Usually, the software checks different functionalities of an app. It is not a secret that manual tests are expensive. At times, there are too many features for manual testing, leaving no choice but to automate. That’s where automated UI tests step in.

The principles and success factors of mobile test automation tools are quite different than those of the traditionally applied conventional applications. The attributes of devices, environment, toolsets, and test coverage add multiple layers of complexity for a successful automation process. It takes keen insight and a customized approach for a well synchronized mobile automation strategy. 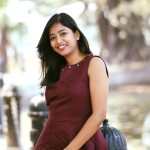